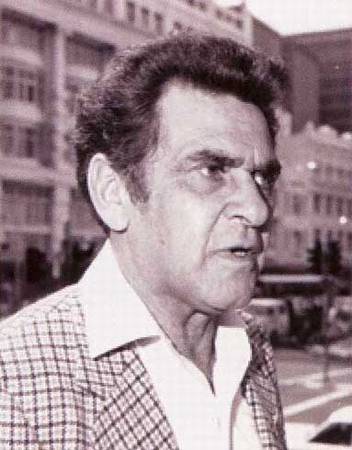 Charles Dixon, born in 1928, was always known as Chicka. He attributes the beginnings of his political education to hearing Jack Patten speak when he was 18. As a young man he worked on the Sydney wharves where the Waterside Workers' Federation taught him how to organise. Chicka Dixon campaigned for a YES vote in the 1967 Referendum and was an active participant at the Aboriginal Tent Embassy in 1972. He attended Federal Council for the Advancement of Aborigines and Torres Strait Islanders (FCAATSI) annual conferences in the 1960s and, in 1970, was convenor of the Trade Union committee of the Federal Council. Dixon was also an active member of the Foundation for Aboriginal Affairs and as Manager in 1967 he went surety for men charged with petty crimes and was always there for a talk when it was needed.

In 1972 Chicka Dixon was a part of a delegation of Aboriginal Australians invited to visit China to tell the Chinese about the Aboriginal struggle for justice while at the same time shaming the federal government. With the election of the Whitlam Labor government he was sent to the USA and to Canada to study alcohol rehabilitation programs especially among Amerindian and Afro-American people.

With the development of funded Aboriginal organisations in the 1970s, Chicka Dixon became a foundation member of the Aboriginal Arts Board in 1973. He went on to become Chairman and was effective in pressing for reforms in funding for Indigenous artists. Earlier he had worked with Mum Shirl, Fred Hollows and others to establish the Redfern Aboriginal Medical Service.