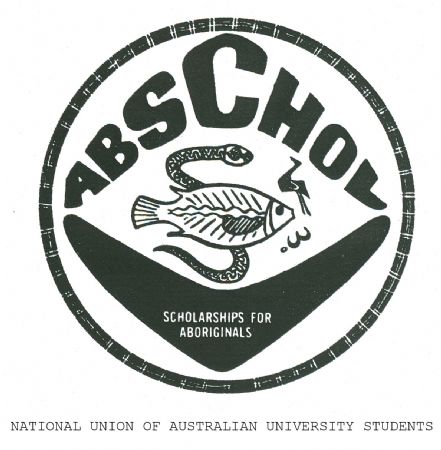 Abschol was initially set up, as its name suggests, to support university scholarships for Aboriginal students. It was a committee of the National Union of Australian University Students. When the committee realised that the lack of applications was due to lack of suitably qualified students, it began considering other ways of encouraging Aboriginal tertiary education.

Through the 1960s, Abschol affiliated with the Federal Council for the Advancement of Aborigines and Torres Strait Islanders (FCAATSI). It broadened its concerns, becoming a political pressure group concerned particularly about the issue of land rights. For instance, working parties helped erect buildings for the Gurindji at Wattie Creek. During winter 1968, a 24-hour national vigil was organised by Abschol for all capital cities in order to draw attention to the federal government's failure to negotiate on the issue of land rights. Abschol was a member of FCAATSI and in the early 1970s the Abschol representative, Neville Perkins, was on the FCAATSI executive. In 1972, Abschol was a strong supporter of the Aboriginal Tent Embassy. Abschol did not lose sight of its original goal, and assisted a number of Aboriginal students in their journeys through university.