One People of Australia League 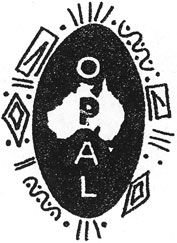 OPAL was overtly assimilationist in orientation and, until 1975 when its goal became the promotion of cooperation between Indigenous and non-Indigenous Australians, its stated aim was the 'welding' of these two groups. OPAL was critical of overt political activism, preferring instead to liaise with the Queensland government - from whom it received large monetary grants - and those Indigenous people in need of housing, education or welfare assistance. Thus it was difficult for OPAL to criticise the activities of the Queensland government. Neville Bonner, Australia's first Indigenous senator, was president of OPAL from 1968 to 1975.