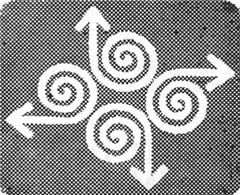 While most Australians were relaxing in mid-summer February heat in 1958, a group of unusual Australians were sacrificing a weekend to travel to Adelaide to discuss a radical idea. The idea was to form a federal council, uniting existing state bodies to press for greater Commonwealth involvement in Aboriginal affairs and to work for the removal of discriminatory state legislation. The meeting was a success. They formed a Federal Council for Aboriginal Advancement (FCAA), elected a committee and established a set of principles to guide the new body. 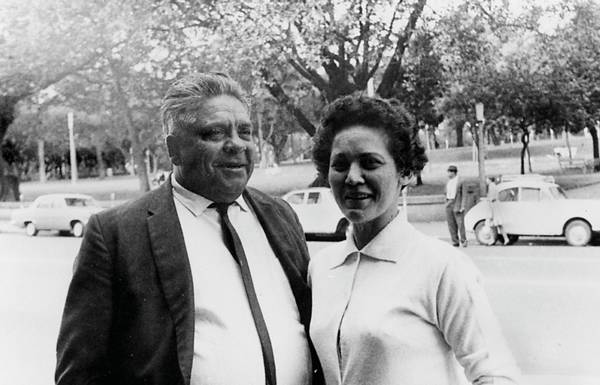 McGinness was the president of FCAATSI for many years. Dulcie Flower was the secretary from Easter 1958 to Easter 1969.
Source: Courtesy Marjorie Broadbent

The formation of such a federation had been discussed for a number of years before this time, but the London Anti-Slavery Society's plan to approach the United Nations on behalf of Aboriginal Australians, along with Lady Jessie Street's associated visit to Australia to gather information, added a sense of urgency to these plans. In addition, the furore generated when the desperate circumstances of those living nomadically in the Warburton Ranges area became public created what Street called 'the psychological moment' for national action. Throughout 1957 Shirley Andrews planned the February 1958 meeting with input and assistance from other activists, particularly Charles Duguid, president of the South Australian Aborigines Advancement League, and Stan Davey, secretary of the Victorian Aborigines Advancement League.

The delegates, who met in Adelaide's Willard Hall to set up this new body, were a politically and socially diverse group. They included peace activists, feminists, communists and Christians. Other bodies represented were the Council for Aboriginal Rights, the Armidale Association for Assimilation of Aborigines, the Western Australian Native Welfare Council and the Queensland United Council for Aboriginal Welfare (which later became the Queensland Council for the Advancement of Aborigines and Torres Strait Islanders).

The Adelaide Conference elected an executive, set out their broad aim to work for 'equal citizenship rights' and established some basic principles which would drive the new body. They expressed reservations about the federal government's assimilation policy, and they decided to press for a referendum to amend the Australian Constitution so that the federal government could legislate for Aboriginal people as a group.

Over the next 15 years the organisation grew. Joe McGinness, the Aboriginal secretary of the Cairns Aboriginal and Islander Advancement League became president in 1961. Gordon Bryant was the senior vice-president for many years, and Stan Davey was the General Secretary for the first decade.

From 1963 until 1970 Canberra was the venue and foreign diplomats as well as reporters from the main Australian daily newspapers covered the conference. In 1964, in response to a request from Torres Strait Islanders, the name changed to the Federal Council for the Advancement of Aborigines and Torres Strait Islanders, or FCAATSI. By 1970 the number of delegates and observers at the annual conference had grown to 350.

Campaigns included those for equal wages, a referendum to change the Australian Constitution, and for rights to land. A committee system was added to the structure of the organisation, covering equal wages, land and reserves, constitutional reform, education and publicity.

Growing Indigenous dissatisfaction about their lack of power in the organisation came to a head at the 1970 conference. In the early years, FCAA campaigns and general business were controlled by the white majority on the executive. State secretaries were always Indigenous, but it was the essentially white executive group, situated first in Melbourne and then in Sydney, which had most power in the organisation until 1973.

Growing discontent with this situation reached a peak at the 1970 annual conference, which was dominated by discussion of two motions put by Barrie Pittock. Pittock's motions were to reserve both voting power and membership of the executive to people of Aboriginal or Islander descent. This split the national advancement movement into two camps: those who held that the organisation should continue being run as it had been (with white people able to vote and be on the executive) and those who opted for an all-Indigenous executive and voting rights to be limited to those of Indigenous descent. Aboriginal and Islander members as well as non-Indigenous members were represented on both sides of the debate.

Kath Walker (who would later change her name to Oodgeroo Noonuccal) had argued strongly and passionately for Indigenous people to take control of their own affairs. Together with Doug Nicholls she helped establish a National Tribal Council, a body which would seek Indigenous representation from all states and which would be run by and for Indigenous Australians. Though it started positively, this body lasted less than three years.

In 1973, FCAATSI did finally become an Indigenous-controlled organisation. By this time, however, with the number of Aboriginal and Islander grass-roots organisations expanding and the formation of both a Department of Aboriginal Affairs and a National Aboriginal Consultative Committee, FCAATSI struggled to be a truly federal umbrella body representing a diverse constituency. When the federal government suddenly cut FCAATSI's funding in 1978 it was forced to wind up its affairs.