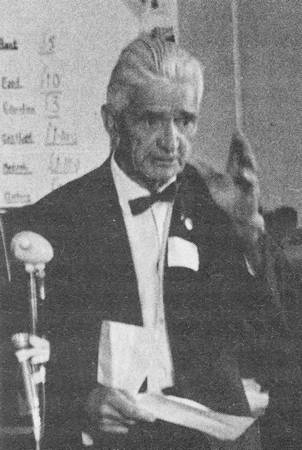 At the 1960 annual conference of the Federal Council for Aboriginal Advancement (FCAA), Alex Vesper made the first of many speeches about land. Alex, a tall, white-haired, dignified, Bundjalung-speaking man was from Woodenbong Reserve. He argued for more land at a time when New South Wales reserves were shrinking, and for compensation for Aboriginal people for the loss of their lands. With bible in hand, he used the Old Testament to support and illustrate his position. Throughout the 1960s, Alex would continue to press the case for land at FCAA annual conferences. He was a relentless and articulate advocate for land rights before the issue was taken up more broadly later in the decade.