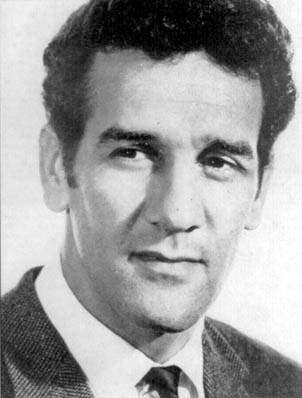 Charles Perkins was born in Alice Springs; his mother was Arrente and his father Kalkadoon. He was removed from the Alice Springs Telegraph Station Aboriginal Reserve when he was 10 and educated at St Francis House, a school established by Father Percy Smith in Adelaide to educate Aboriginal boys. He trained initially as a fitter and turner but, being a gifted soccer player, he played professionally for the English club, Everton, then on his return to Australia with the Adelaide Croatian and the Sydney Pan-Hellenic Clubs.

Perkins first attended the Federal Council for Aboriginal Advancement annual conference in Brisbane in 1961. He spoke with passion about his visit to Mungana reserve where he saw a double standard in action: attractive homes for the white staff and tin shanties for the Aboriginal residents.

In 1965 Perkins, one of two Aboriginal students at the University of Sydney (the other was Gary Williams), was keen to find a way to publicise the Aboriginal cause. This led to the formation of Student Action for Aborigines (SAFA) and the decision to organise a bus tour of western New South Wales towns. About 30 students, led by Perkins, travelled to Walgett, Moree, Kempsey and other towns exposing discrimination in the use of halls, swimming pools, picture theatres and hotels. In a number of towns Aboriginal returned servicemen were only permitted entry to the Returned Service League clubs on Anzac Day. This trip became known as the Freedom Ride and assumed iconic status as the students ensured that they had press coverage for the conflicts which occurred in these towns. Their effective use of television brought the issue of racial discrimination in country towns to national attention. Perkins' role in this action propelled him to a position as a national Aboriginal leader and spokesman, a position he held until his death.

In the post-referendum period, Charles Perkins was critical of the Federal Council, believing it had not done enough to share power with Aboriginal members. In 1965 he became the manager of the Foundation for Aboriginal Affairs in Sydney, and in 1969 he moved to Canberra to begin work in the Office of Aboriginal Affairs, which was set up by Prime Minister Harold Holt. By 1984 Perkins was Secretary of the Department of Aboriginal Affairs, the first Aboriginal Australian to attain such a position in the bureaucracy. In his post-public service life Perkins played key roles on the boards of Aboriginal arts, sport and media organisations. As well he was a member of the Aboriginal and Torres Straits Islander Commission (ATSIC) and of the Arrente Council of Central Australia.

Charlie Perkins was an independent spirit who gave much to the cause of his people, and also to Australian soccer. His independence of mind meant that he was no stranger to controversy. He was given a state funeral in recognition of his dedicated work for Indigenous Australians.

Charles Perkins, A Bastard Like Me, Ure Smith, Sydney, 1975