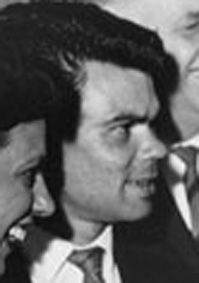 Ted was the first Western Australian qualified Indigenous teacher and the Western Australian state secretary of the Federal Council for Aboriginal Advancement in 1964. He went to Sydney for the launch of the national petition for a referendum in 1962 and was active in the West in support of a Yes vote. Here he compares conditions for Aboriginal people across the states in the 1960s.

WA and Queensland were perhaps a little worse than the others. It's hard to say. The people in Sydney and Melbourne have always been much more active, and so you hear more and it would sound as if it's worse because people are having a lot more to say. But I think in the beginning, people were much quieter in WA. That changes and there are a lot of people who are more vocal about it afterwards. But I suspect WA perhaps would have been as bad as any.

Ted helped people to understand what it meant to be an Aboriginal Western Australian in the early 1960s when he told people what happened when he decided to get married, 'I told Mum, but I asked the Commissioner (of Native Welfare).' He also pointed out that in his journey from Port Hedland to Canberra his status changed from being Aboriginal to not being Aboriginal and then back again as he crossed state borders.

One of the big things too was the definition of 'Aboriginal', and it was different in each state. So you could become an Aboriginal or a non-Aboriginal as you moved from state to state. And when I came through, we stopped in Melbourne. I came with a fellow and we went into a hotel, had our lunch down there, and it was legal for me to go in. And I went on to Canberra and I became an Aboriginal again, under the law, but I was never anything but an Aboriginal! And then later on, they brought in a legal definition, that I think has always applied to most people anyway; that if you know you're Aboriginal, you're Aboriginal, and that's all there is to it.

And that's always been of concern to me in the way that that's been put across as, you know 'How Aboriginal are you?' No-one says to you: 'How Australian are you?' And the further back you can trace the generations of Australians, then the more Australian they are going to say you are. Now, the Aboriginal history goes back, back, back but the further you come away from there, they say you're less Aboriginal. It works in the reverse. Okay, so your grandparents were Aboriginal, but you've got a - no-one said anything about the mixture of what you are in Australian.

Sue: Has that got better, do you think? Do you think people are still as ignorant or has it improved a bit?

Ted: Well, you see it depends. The people that you mix with don't normally say those things whenever it comes up. But a lot of people will still say: 'What part Aboriginal are you?' 'Well now, I think, my finger is', you know. I often say to them: 'Well, what part Australian are you?' 'Oh I'm a third generation Australian.' 'Well, what were your parents?' 'Well, one came from Germany...' 'So you're half German?' 'No, no, no, no'.

In 1998 Ted received the Barry Hayward Award for Outstanding Achievement for his work as Coordinator of Aboriginal Education in the Pilbara.

Source: The extracts on this page are from an interview with Ted Penny conducted by Sue Taffe on 27 May 1997