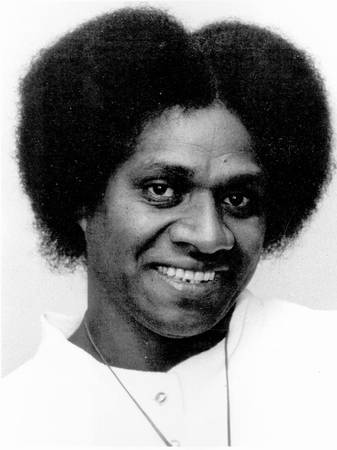 Evelyn Scott's political activism on behalf of her people began in the Townsville Aboriginal and Torres Strait Islander Advancement League in the 1960s. It culminated in her chairmanship of the National Council for Aboriginal Reconciliation in the late 1990s.

Evelyn Scott was actively involved in campaigning for a YES vote at the 1967 Referendum.

After the referendum, at the Townsville seminar organised to pressure the federal government to use its new power, Evelyn met Faith Bandler and other southern activists. She later recalled that her experiences in the Federal Council for the Advancement of Aborigines and Torres Strait Islanders (FCAATSI) gave her confidence in herself as a political activist. In 1971, she joined FCAATSI's executive as a vice-president. When FCAATSI became an Indigenous-controlled organisation in 1973 and moved its headquarters to Townsville, Evelyn Scott was General Secretary and, with the support of Josie Briggs, played an integral role in re-establishing the organisation as an essentially Indigenous body. Evelyn was an active participant in the first national women's organisation, the National Aboriginal and Islander Council, formed in the early 1970s, and recalled early moves to empower women.

Evelyn: Women played a really, really important role in FCAATSI. We were really strong in FCAATSI, the women. You just look around the country at the women that were involved - Naomi Mayers at the Redfern Medical Centre, and Dulcie [Flower] and just look at all the different things that are set up by women that had that background in FCAATSI, who've been involved in FCAATSI - Ruby Hammond in South Australia, the Briggs, all the Briggs women in Victoria. Cheryl Buchanan in Brisbane, she never forgets those days, 'The training ground of FCAATSI', she always refers to that. We were there standing beside our men and they'd back us up.

Leanne: In 1972, I think it was, there was a small meeting and gathering of Aboriginal and Torres Strait Islander women in Canberra.

Evelyn: That set up the National Women's Council. That was actually mooted by the Victorian women, then got to the rest of us. We got involved in it. It was based in Victoria but it had state representatives. [The National Aboriginal and Island Women's Council first met in 1972. Mrs Geraldine Briggs was elected president.]

Leanne: And they kept going for a bit longer after FCAATSI wound down and they held their annual meetings outside of Victoria?

Leanne: Did they have a similar set up with subcommittees like FCAATSI?

Evelyn: Yes, it was similar to FCAATSI.

Leanne: And did the organisation exclude men or were the men welcomed into it?

Evelyn: No, I never, ever saw any men. But I don't know whether I think we did, did we not, exclude men? No, I think it was just set up because women were, you know, a voice there. I don't think it was exclusive of men.

Leanne: That was an interesting collection of women: because there was Pat O'Shane, Pat Turner, a stomping ground for people like Marcia Langton. They all have high profiles now.

Evelyn: Yes, that's right, like Lois O'Donoghue, Gloria Brennan in Western Australia, the late Ruby Hammond and Pat Turner and Val Power in South Australia. Remember Pat Turner? She took herself from Alice Springs to go to South Australia. But the first year she came, Pat, she just sort of didn't get very much involved in the first year. And she went back from her very first conference, organised for twelve months because she could see the importance of it, for twelve months, and got a big busload the next year, didn't she? She come down with a big busload of students and young people.

Leanne: And what year would that have been?

Evelyn: What year young Pat Turner started in FCAATSI? 1971 might have been her first.

I always will remember this - one of the beauties of FCAATSI was that Friday was the All Black session, and we were determining our agenda, so that the issues that were discussed at the conference were the issues that we saw were of importance to us. And I still believe today that that's what we have to do. We still determine our own agenda if we're going to achieve anything, because what we're doing now is we're reacting to a government agenda. Like the government's setting the agenda and they're allocating funds, and it's not an agenda that we would focus on. But I still believe today that we have to do that. We have to determine our own agenda if we're going to address the issue right, if we're going to address the issues of poverty in this country, in terms of employment, if you're going to address the land issue then we need to determine the agenda on those important issues. Because as long as we keep trying to react to the government agenda, then I don't believe we're going to achieve self-determination in this country.

Evelyn Scott took on the difficult position as Chair of the Council for Aboriginal Reconciliation at a time when the federal government led by John Howard was narrowing the definition of reconciliation and cutting and limiting funding for the movement.

Source: The extracts on this page are from an interview with Joe McGinness and Evelyn Scott conducted by Leanne Miller and Sue Taffe on 17 October 1996