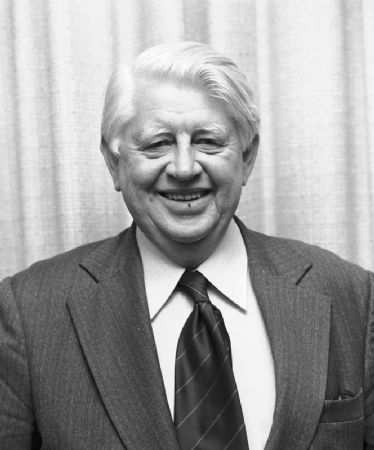 Gordon Bryant entered federal parliament as the Labor member for the Melbourne seat of Wills in 1955. A former secondary school teacher, Bryant was particularly interested in areas of social policy. In 1957 he attended a meeting at which the Victorian Aborigines Advancement League was formed, and accepted the position of president. The following year he went to the Adelaide meeting of the Federal Council for Aboriginal Advancement (FCAA) as an observer, returning with a determination to work for full citizenship rights for Aborigines.

From 1957 until his appointment as the first Minister for Aboriginal Affairs in 1973, Gordon Bryant was an office-bearer in the Aborigines Advancement League and in the FCAA. He played a key role in FCAA's early years when his Wills electoral office - with its parliamentary phone account - became the communication hub, with members of the executive from other states being telephoned on meeting nights. During the first decade of the Federal Council, and with his wife Pat, he worked closely with Doug Nicholls, Stan Davey and others in the Aborigines Advancement League. Gordon was an effective co-ordinator and communicator, keeping in contact with Joe McGinness, the president of the Federal Council, in Cairns, Faith Bandler, the New South Wales state secretary in Sydney as well as people from Adelaide, Perth and northern Australia.

Gordon visited Yirrkala in 1963 with parliamentary colleague Kim Beazley senior, and successfully argued for the establishment of a Select Committee to examine the grievances of the Yolngu people when their land was threatened by mining. He organised the national Vote YES campaign for the 1967 Referendum which gave the Commonwealth the power to pass laws for Aboriginal and Islander Australians as a group. He also worked towards the establishment of the principle of equal wages and equal access to social service benefits.

Gordon Bryant became the first federal minister for Aboriginal Affairs with a supporting department when Labor won government at the end of 1972. He set up the National Aboriginal Consultative Council, the first official body to represent Indigenous interests. This body could only suggest policy to the government, and original members were appointed rather than elected. Both of these factors were a source of frustration for politically active Indigenous Australians at the time.

He is remembered, justifiably, for his skilful co-ordination of the national Vote Yes referendum campaign in 1967 and for his long advocacy of Aboriginal interests in Canberra during his parliamentary career.