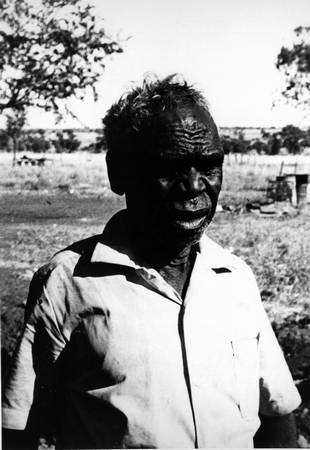 Pincher Manguari was a Gurindji man who lived in the Victoria River area in the Northern Territory and had worked on Vestey cattle stations. With Vincent Lingiari, Lupna Giari and others he talked to Frank Hardy about their conditions on these stations. Pincher was unhappy about the wages and the fact that they were paid differently to the white stockmen. He was also dissatisfied with the food rations they received and recognised that their illiteracy made them vulnerable when it came to what people were owed. According to Frank Hardy, Pincher raised the possibility of the Gurindji being able to get the Vesteys to leave and regain control of what the people thought of as their land.

Pincher was one of the signatories to the Petition to the Governor General which Frank Hardy and Bill Jeffrey drafted, based on what the people had told them that they wanted to say. This petition asserted that 'morally the land is ours and should be returned to us'.

He was also a Director of Muramulla Company Pty Ltd set up to manage the land once the lease with the Gurindji was signed.