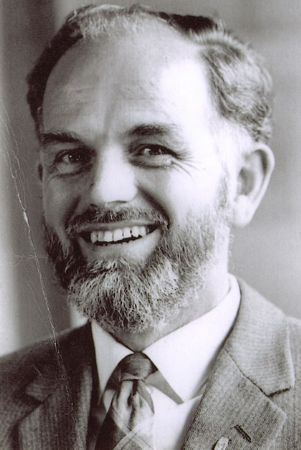 Stanley Fraser Davey was born in 1922 in Western Australia. Despite his intention to work for the Church of Christ, he became politicised for life and devoted himself to working for the Aboriginal cause. The formative incident occurred in 1951 when he was studying at university. The following year, on taking up a church ministry in Melbourne, he sought out Pastor Doug Nicholls for advice and over the next few years was exposed to evidence from remote areas of Australia that Aboriginal injustice was extreme.

By 1957 Stan realised that his calling was to work for Aboriginal justice and he resigned from his church ministry to work full-time for what he called 'the cause'. The cause was radicalised by the Warburton Ranges film that Doug brought to Melbourne following a trip with Bill Grayden. Public response to the film was immediate and generous and led to Stan, Doug, and others establishing the Victorian Aborigines Advancement League (VAAL). It was an organisation that could work on both the political and social levels, and it shaped Stan's ongoing modus operandi.

Stan was also instrumental in forming the Federal Council for Aboriginal Advancement (FCAA) in 1958, and was the general secretary for its first 10 years. He travelled hundreds of miles around Australia to personally investigate reports of injustice, often hitchhiking if funds were short. He brought a creative intelligence to the question of cultural difference as illustrated in this interview extract.

One guy [Daymbalipu Mununggurr from Yirrkala] we had come to the Canberra conference, and I said, 'You'd better come down and have a look at our open cut mining at Yallourn. Come down and see the open cut mining at Yallourn. That's what you're going to face when you go back to your open cut with the bauxite mining which is opening up. Anyway he got permission to come down with us and we hosted him down to Melbourne and sent him down to Yallourn and said, 'Well that's what your country's going to look like! 'Oh he was just shocked. And unfortunately he was not strong enough to do anything about it when he went back but of course we were not (chuckles) very well favoured by the Church at that particular stage who were conceding that the mining companies could proceed.

During these years Stan was probably the most influential non-Indigenous activist in Australia. At a time when Cold War tension between Communists and anti-Communists affected the Aboriginal rights movement Stan was prepared to work with anyone who was genuine about working for justice for Indigenous Australians. Here he recalls the 1961 Federal Council for Aboriginal Advancement conference and Don Dunstan's effective chairmanship of this meeting.

Don's control of that meeting - well nobody else could've done it to, well maybe Gordon Bryant - but certainly Don was on top of the whole thing. And we had such friction, coming particularly from government-inspired groups. The Catholic Action I think were as much involved in the Department of Aboriginal Affairs in Queensland at that stage and saw Communists under every Aboriginal blanket, and sought to disrupt the situation there. We brought over that year, a couple of Don McLeod's mob at Strelley - Jacob Oberdoo. And Jacob got up and told his story very quietly and in station English. So probably Joe McGinness was the only person that (chuckles) caught what was going on. And we lost the whole group in that meeting. Everybody started to murmur and to talk and sort of start to go, which was rather a pity. And Jacob didn't seem to notice. He (chuckles) just went on talking and talking and still quiet and we just weren't getting that message. I think old Dooley Bin Bin may've been there too.

In 1968 Stan resigned from the VAAL and FCAATSI to work in the field amongst communities in the Kimberley region of Western Australia. As a field officer with these organisations he maintained contact, sending regular reports from the north-west. He and his second wife, Jan Richardson, worked for Don McLeod and the Nomads mob teaching English in their mining camps. When the money ran out they moved north, assisting the Aboriginal community in Broome to establish a fishing cooperative. Stan earned an income as a wharfie.

In 1969 Stan and Jan moved to Wyndham, Western Australia, to work with the ex-Forrest River Mission people who had been relocated to the Native Reserve following the mission's closure. From 1970 to 1975 they supported the people to return to their country, putting Oombulgurri on the map. Stan again worked as a wharfie to maintain his economic independence.

From 1975 to 1980 in Fitzroy Crossing, Stan assisted six tribal groups to incorporate and establish economic independence. Jan worked with the women to create systems for family and community care in the camps.

Throughout those 11 years Stan collected evidence of discrimination against individuals and campaigned on major issues. His political work was more effective because the networks of the VAAL and FCAATSI could respond quickly and forcefully to disseminate information from the field.

From 1983 to 1987 Stan and Jan worked for the Gurindji, picking up on the relationships Stan had formed when he travelled to Daguragu on behalf of FCAATSI during the stockmen's strike of 1966. In 1988 Stan obtained employment with the Uniting Church in Darwin, working for the Aboriginal people of the north in a community development capacity.

At the age of 71 Stan was invited to return to Wyndham and did so for five years, working with the Oombulgurri community in town to establish structures for dealing with alcohol issues. He reluctantly left Wyndham to care for Jan in Darwin after [she was seriously injured in] a car accident. He continued to be involved wherever possible with the people and the issues to which he had dedicated his life.

Source: The extracts on this page are from an interview with Stan Davey conducted by Sue Taffe on 29 November 1996.