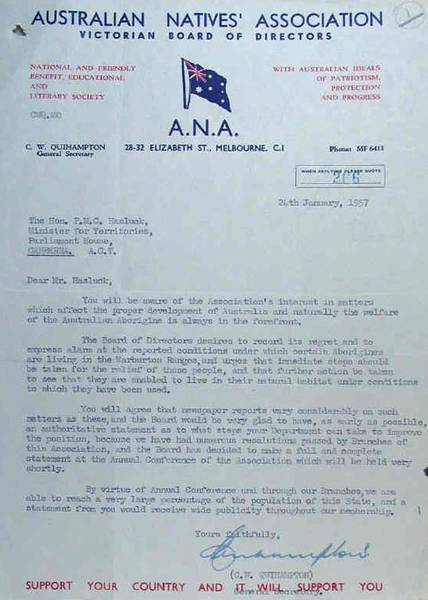 Organisations such as the Australian Natives' Association, as well as individuals, wrote letters to the Commonwealth government expressing their concern for the people still living nomadically in the Warburton Ranges.