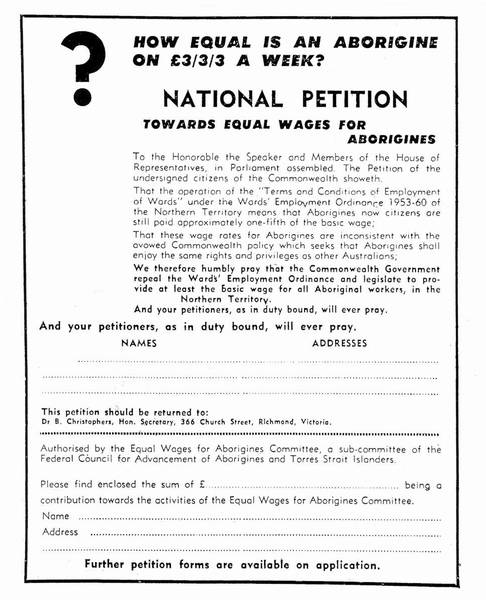 The Aboriginal weekly wage of three pounds three shillings and three pence a week - about one fifth of the wage paid to other workers.