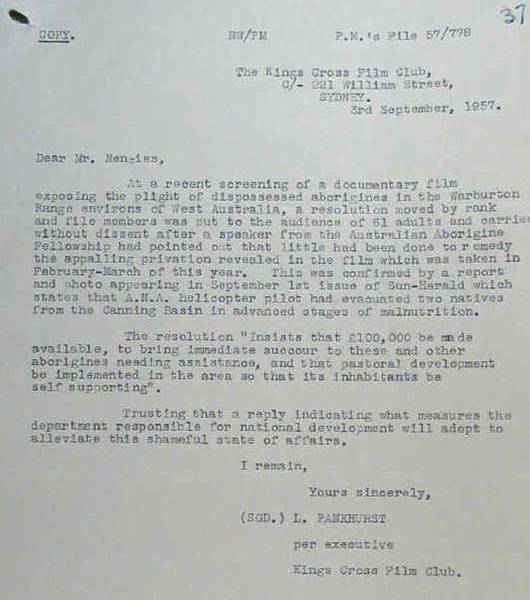 One of many examples of letters from organisations and individuals asking the Commonwealth government to respond to nomadic Aboriginal people suffering from malnutrition in the desert.