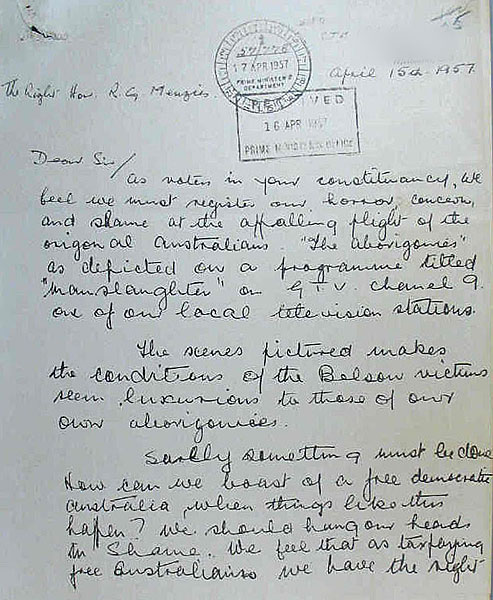 One of many reactions to the filming of the Warburton Ranges film, under the title Manslaughter, on channel GTV 9.