Letter to Prime Minister Menzies from a shocked voter, 14 April 1957 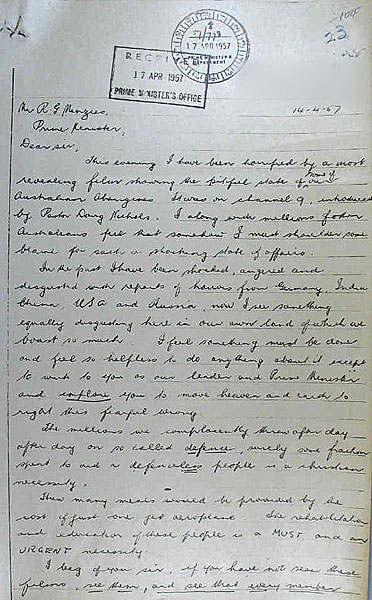 Following the telecast of the Warburton Ranges film under the title Manslaughter, shocked viewers wrote letters such as this one to the Prime Minister and to their local members.