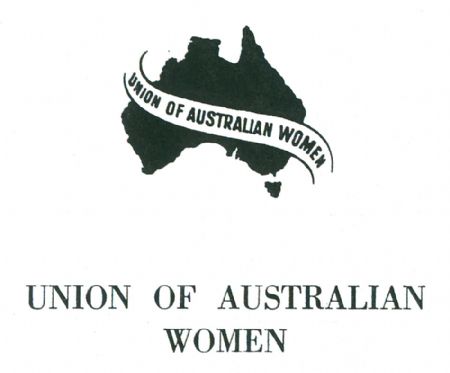 The organisation affiliated with the Federal Council for Aboriginal Advancement in the early 1960s and contributed to campaigns for racial equality for Indigenous Australians and for their right to land. Aboriginal activists Gladys O'Shane from Cairns and Pearl Gibbs from Sydney were members. Eva Bacon from Queensland, Barbara Curthoys from Newcastle, and Pauline Pickford, Secretary of the Victorian Council for Aboriginal Rights took active roles in the 1960s in the work for Aboriginal rights. Marjorie Oke, also an active member, formed a branch of the Aboriginal Advancement League in Gippsland, Victoria and invited Gladys O'Shane down from Cairns to address them.

The Union of Australian Women was under surveillance by the Australian Security Intelligence Organisation, which considered it as a front for the Communist Party of Australia. It provided a voice for Indigenous activists such as Gladys O'Shane, Ruth Wallace, Muriel Callope and Marcia Langton, in their efforts to inform other women of the particular difficulties faced by Indigenous women.