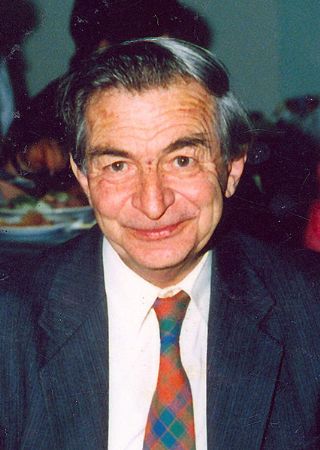 Alan Duncan, a teacher with extensive experience in Aboriginal schools at Woodenbong and Hillston, New South Wales was appointed as a tutor in Aboriginal adult education at the University of Sydney in 1963. He attended the 1963 Federal Council for Aboriginal Advancement annual conference as a representative of the New South Wales Teachers' Federation and was elected as the convenor of the newly established Education Committee. He held this position for the next decade.

Alan Duncan ran courses in leadership at the University of Sydney with Pastor Doug Nicholls and Kath Walker. In an interview in 1997 he spoke of Kath's activist style.

But Kath, as I say, had both this sort of an idealistic realism or something and she was a real fighter who didn't, I don't know, I wouldn't say she never lost her temper, but she certainly could speak very very well and, if I could say, she ticked people off without abusing them. But she was very very good at that, and when she had her book published - and of course her first book of poems had a lot in it about Aboriginal advancement, Aboriginal rights - and at that first conference I was at she was very, very active in pressing that. And I managed to get her, when she came to Sydney for her book, which was the second one published shortly afterwards, she spoke at a number of schools where I took her around and as I say she was so inspirational because she was a real educator. But she didn't get up and abuse all the whites. I mean that was one of her great strengths. She sort of gently chided them but she didn't do the anti-white thing.

He was an active member of the Aboriginal-Australian Fellowship and chairman of the New South Wales 'Vote Yes' Committee in 1967. Duncan was in favour of increased Indigenous control of the 1960s multi-racial organisations and was one of the few non-Indigenous people to join the National Tribal Council as a non-voting supporter in 1970.

Alan recalls an incident which illustrates the paranoia of the times. The Federal Council for the Advancement of Aborigines and Torres Strait Islanders (FCAATSI) was considered a threat to national security.

FCAATSI held a meeting. I don't know whether it was just the executive or who, but some of us went up there to Brisbane and I think it was in King George Square or something like that. And we spoke about the referendum and again this was a complete - you know there was Kath Walker, there was myself, there was an equal number of Aborigines and non-Aborigines and so on. But I happened to be sitting between Kath and Doug Nicholls, and when I spoke I noticed somebody taking down in a notebook everything I was saying, and a fellow next to him taking photographs. And I guessed, you know, who it was. And when I sat down Doug Nicholls said, 'Who's that?' And I said, 'It's ASIO [Australian Security and Intelligence Organisation]. They think we're all Communists' you see because in those days in the '60s, not only were the Vietnam struggles starting, you know, with the people, but the Aboriginal bit and so I said it was ASIO, aimed at the Communists and so when he got up to speak, he looked directly at this fellow and just said, 'I'm a black from Fitzroy, not a red from Moscow.'

Another incident shows Doug Nicholls' leadership in demonstrations for a referendum.

The time not long before the referendum, when Jack Horner arranged for a bus load of Aborigines and in fact I was the only other non-Aborigine on the bus and we all went down to Canberra as a sort of a protest meeting and we were met as soon as we got off by one, William Wentworth. And he said immediately you know 'how many commies are there?' But in fact it was a magnificent display that particular day because we had all the Aborigines. Doug Nicholls was one of the great leaders there and he arranged for them all to stand outside Parliament, the old Parliament House, and just in a silent protest. There was no aggro at all. And Doug said to Will Wentworth, 'We're not here in anger. We're here in sorrow. Because of the fact that you won't give Aborigines the rights, the same as other individuals.' And various Aborigines went to their own local members of parliament on the case, and, as I say, Doug had this line up outside. In fact he started with a prayer, I recall. But later on, it started to rain, well just drizzle a little bit, but I happened to walk out and there was no line. They'd all gone. And you know, where are they? They were in the bus, because most of them were strong waterside workers and, of course when it rains on the waterfront you don't stand out here. You get inside. I remember having to go out of the bus and say, 'Hey look, you're not on the waterfront now. You're here for something else.' And Jack Hassen was one I remember and a few others that, sort of sheepishly - because I think the rain had stopped, it was only a bit of a sprinkle, and they got out there and Doug gave a bit of a talking to too, if I remember. And said, 'Look here you've got to stand here and, if it starts to pour, you still stay there.' For the waterside workers that was - but again that was all part - you see in the Waterside Workers there were quite a few Aborigines working and they were strongly supported by the union.

Alan: Well the thing that I really found very, very difficult was that there weren't 'Australian Aborigines'. There were New South Wales Aborigines, Queensland Aborigines, South Australian Aborigines and as an Aboriginal person moved from one state to another, at one point they were an Aborigine then suddenly they weren't an Aborigine. And this is so. They really had no Australian status but as many of them used to talk about it and they'd say you know 'but we were here before you drew all those funny little lines around Australia, you know we were Australians', and to me that was, you know, the biggest part was to have them whereby they became Australians and not - I mean the definition then became a definition that was acceptable to all people of Aboriginal descent in Australia. But previously as I say in the Northern Territory there were a lot of people that were not classified as Aborigines and then came to New South Wales and they were immediately, you know, and sort of vice versa. But this whole question of definition was one that I found very, very difficult. I found later too when I did a lot of work with the Sami, and they were of course put into Norway, Sweden, Finland, again different definitions and in Sweden the Sami was a reindeer herder. If the reindeer herder had four children and only two of them went to reindeer herding, the other two were no longer Sami. Now I found that sort of concept of a definition similar in the '60s with the Aborigines. You know, sometimes they were, sometimes they weren't. And that was one thing. Certainly the idea of having some Commonwealth funding was another thing that I felt was certainly going to be needed and the fact that they were officially just not counted as citizens I found quite objectionable. Now to me it was a struggle, one that I thoroughly enjoyed and I mean the '60s was really an interesting and vital part and when we did win, and win so convincingly, which was, again, frankly it was a surprise. I mean I thought we'd get it, but I never thought we'd get such a high vote, although perhaps half the people didn't know what they were voting for. But anyway I thought it was a great thing. I was really very, very happy about it.

Sue: And the importance too of the Commonwealth being shown by the size of the vote that they had a moral responsibility to legislate?

Alan: Yep. On the other hand I remember in the early days when Bryant was the Minister [for Aboriginal Affairs], I pointed out when the Commonwealth then started to take over all the Aboriginal departments in the states, and I remember saying, 'Gordon don't! Let's have some competition.' Because in Canada the greatest achievements for the Indians was when they found that the federal government or the provincial government - and something they wouldn't get from one they'd get from the other, and having the two, the provincial and the federal, I was arguing that we needed to have a sort of a strong sort of thing there. At the same time, knowing something of the Queensland native affairs department and terrible as it was, I didn't want them to be too strong. But I felt that there was this overarching Commonwealth responsibility, but I wasn't very happy about taking over because when a lot of it was taken over, and it was, the same personnel were often there and the same disapprobation, if I can use that word, associated with the Department of Native Affairs was then transferred to the Federal Department. And I was saying 'look let's go in and act as a competitor and you've got the funds.'

Alan Duncan's educational approach was to empower individuals and communities by supporting them to achieve their own goals, as the following anecdote shows:

Source: The extracts on this page are from an interview with Alan Duncan conducted by Sue Taffe and Leanne Miller on 7 November 1996