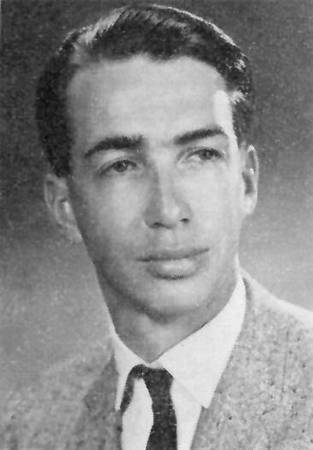 Don Dunstan's upbringing in Suva, Fiji, no doubt played a part in the making of a man who would be a trailblazer for human rights in South Australia. He entered the House of Assembly, representing Norwood, as a young lawyer in 1953. Three years later, he was invited by Aboriginal residents of Point Pearce Reserve on Yorke Peninsula to visit them. Dunstan later recalled being appalled at the conditions. He met Charles Perkins, John Moriarty, Gordon Briscoe and other Aboriginal activists in the late 1950s and began campaigning to abolish laws that discriminated against Aboriginal people in South Australia. An early victory was to get the consorting provision in the Police Offences Act removed. Under this provision it had been illegal for Aboriginal and non-Aboriginal people to socialise in any manner.

In an interview in 1996 when asked how he became involved in Aboriginal affairs, Don Dunstan had this to say:

Well, I hadn't been aware, until that time, of just how serious and important the Aboriginal question in South Australia was. It wasn't an area which I had studied and it wasn't one, as I was doing my political studies at University, which really impinged on what we were doing. And it was going to Point Pearce and just seeing the way which these people were affected by the protection laws; their rights as people were enormously restricted and they'd lived under the most appalling conditions in old stone cottages which had been built in the last century and there was one tap for the whole village! It was just dreadful. And they were living on a handout system which was inadequate so they were in quite dire poverty and some of them of course were pretty articulate about that, particularly Bob Wanganeen who was really the sort of leader of the Point Pearce community in those days. He became a great friend, and I went back to Parliament and put on a tremendous turn and immediately started investigating just what was going on. I thought, 'Well this is a great gap in my knowledge, and also a great gap in the Labor Party's policy that we aren't doing anything about it'.

In 1960, Don Dunstan became the third president of the Federal Council for Aboriginal Advancement. He was determined to pass the mantle to an Aboriginal president the following year. This he did when Joe McGinness was elected to the position in 1961. Don is remembered by those present for his skilled chairmanship of the 1961 Brisbane conference, when he managed to defuse political, social and racial tensions while at the same time encouraging all who wanted to speak to express their views.

And the thing is that you have to try to see to it that the message gets through that unity in achieving goals is much more important than the divisions between people and I was fortunate in that I had grown up in the culture of the Labor Party here in South Australia. We had a mini conference every month and it was quite difficult to manage, and I had been President of the South Australian branch of the Labor Party and grown up within that culture so the business of keeping things on track and getting people to make necessary compromises in order to achieve goals was a fortunate skill for me to have developed and which helped me a lot in other ways in my career. So I was able to manage what was a difficult conference by judicious means of letting people have their say, but getting something constructive out of it.

In government in the 1960s, Dunstan made significant reforms in Aboriginal affairs on two counts. His government passed the first legislation in Australia to begin the process of recognising Aboriginal rights to land when the Aboriginal Lands Trust was established. In addition, he initiated legislation to prohibit actions which were racially discriminatory. He also supported and funded the teaching of Pitjantjatjara for teachers and departmental officers.
Don recalled his early action on land rights when he became Premier of South Australia.

The moment I got into office, I set about a preparation of an Aboriginal Land Rights measure and I had the Director look specifically - I sent him overseas immediately to look at the American legislation, and the New Zealand legislation - and he came back and we discussed it and said, 'We're not going to make the mistakes that those people did, which led to fragmentation of title and all sorts of difficulties. What we will do is to create', I told him, 'we'll create a trust for Aboriginal people. They will run the thing, but they will hold the land for all the Aboriginal people in South Australia. We won't have any fragmentation of title and it will be theirs in perpetuity'. And we announced in the first Governor's speech - as Attorney-General I had to prepare the Governor's speech - and we announced Aboriginal Land Rights in the first Governor's speech. It was headlined!

Another achievement of which he was proud was the passage of legislation to outlaw discrimination.

We immediately set out to look at all the legislation in South Australia and remove anything that had any racial discrimination in it at all from the legislation. So all restrictions of any kind under regulation or any legislation of Aborigines was removed. But it didn't only relate to Aborigines. There were still some dreadful things hanging over from the Chinese era that discriminated specifically against Chinese - various things of this kind. Things in the Police Offences Act as well, and then we set out to provide on all the manned reserves an economic basis of operation wherever we could, so that we supported local workshops and activities, and then I brought in the first prohibition of racial discrimination act, and made it an offence here to discriminate against anybody in goods, services, accommodation or employment on the grounds of race, colour of skin, or country of origin.

Sue: Did you find it difficult to help people to cross the cultural barrier?

Don: Yes, it was. And in fact later on after I'd retired I did an ABC series on Australia and the second in the series was about what had happened with the Aborigine people in Australia and in that I concentrated on the difference between Aboriginal culture and the European culture of the invaders in the relationship with the land, and I think that I did it sufficiently vividly to affect a number of people. Certainly it was taken up by a number of educational institutions who poached the tapes and used them to explain what the difference in attitude was. That it is not easy to get these things through to people is certainly true. You see, most communities operate on a whole series of assumptions, and they don't realise that they are assumptions. That is, they think that they are inevitably right, because this is what they've grown up with. And if anybody has different assumptions, and attitude to life or surroundings then they think they're no-hopers you see. And educating people to realise that there are valid assumptions other than their own is always a difficult thing.

Don reflects on his decision to appoint Sir Douglas Nicholls as Governor of New South Wales.

Don: But I believed that by appointing Sir Douglas, we would appoint somebody who would be a great figurehead for South Australia who would do the job competently and the fact of his appointment would be a help in creating a role model for Aborigine people and at the same time an indication to the whole of the community of the value of Aboriginal people to it. And Doug, to my great delight, accepted, and in the time that he was here before he had the stroke which disabled him, he did a tremendous job. He was so good - because he was such a good man - that when he and his wife went anywhere in South Australia after a short period after their arrival here, everybody burst into applause when he arrived. He was such a lovable character. And it really was a tragedy that he suffered that stroke.

Sue: So he obviously had special qualities as a human being?

Don: Ah, yes, Doug was a great unifier. He was quite determined in opposing discrimination, but he didn't ever do it in a provocative manner. He quite often used to joke about it and say such things as 'Ya know, I was coming in on a tram the other morning past St Kilda and I looked out and here were all these people lying out in the hot sun. And I said to myself, "Doug, look at all those crazy people lying out in the hot sun. What are they doing that for?" Then I realised it was a compliment. I said, "Doug they're just trying to get to look like you!"'

Sue: So he'd point out people's behaviour to them, to get them to reflect on what they are doing?

Sue: Do you think it was a difficult decision for him to take?

Don: Yes, yes I think it was. Yes it was. He said, 'Well, this is not an area of my knowledge or expertise, Don'. And I said, 'Well, thinking back on a number of ex-army generals who have been there, I don't think it was theirs either. But I'm sure you're up to dealing with the situation'. And I said 'I'll see to it that I'll provide you with a secretary who is able to give you all the support and background that you need'.

Source: The extracts on this page are from an interview with Don Dunstan conducted by Sue Taffe on 26 November 1997