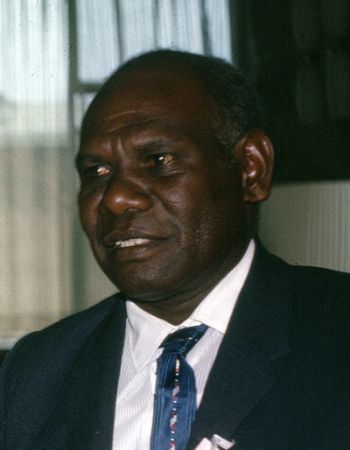 Elia Ware moved his large family from St Pauls Village, Moa Island to Cairns in the late 1950s when the pearling industry collapsed and there was no work. Their boat landed at Holloways Beach and their neighbours were Gladys O'Shane, who would soon become the president of the Cairns Aboriginal and Torres Strait Islander Advancement League, and her family. Elia had served in the Torres Strait Light Infantry Battalion, formed for the defence of Australia against the Japanese. The formation of this unit in 1942 in the face of the Japanese advance south led to the development of inter-island unity between Islanders as they developed their skills in the army. The men were trained to recognise Japanese planes and radio information through of impending attacks.

Elia regularly travelled to Canberra for FCAATSI meetings to represent the interests of his people. One such issue was the discrimination faced by the men of the Torres Strait Islander Battalion who, under the Native Members of the Forces Benefits Act, were not eligible for the same benefits available to other returned servicemen. The Cairns Islander and Aboriginal communities ran dances and raffles to raise money for the fares south, and the necessary warm clothes for the Islanders who left the tropics for the chill of Canberra in April.