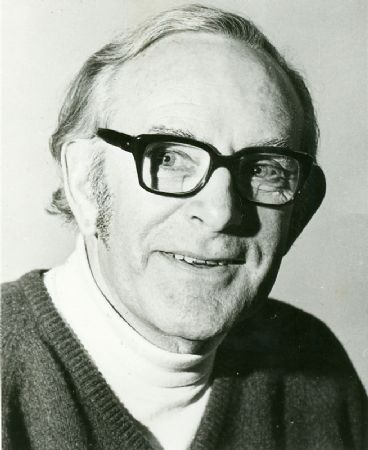 Frank Engel was the Associate General Secretary of the Australian Council of Churches in 1968 when he addressed the annual Federal Council for the Advancement of Aborigines and Torres Strait Islanders (FCAATSI) conference on the topic of land rights. The next year he became the General Secretary of the organisation and held this position until 1975. In these leadership positions in the Australian religious community, Frank developed arguments which not only opposed assimilation and supported the rights of Indigenous people to their own culture, but for their rights to own their traditional land. Frank published widely on the topic of land rights. He made submissions to the Ministerial Committee on Aboriginal Land Rights in 1971 and took an active role in the support for, and preparation of, the Yirrkala Land Rights Court case of 1969-1971. Under his secretaryship Australian churches took a more radical position on the question of land rights than they had done in the past.

In an interview in 1996 Reverend Frank Engel explains how he became involved in Aboriginal affairs.

Well, in 1962 I was invited to become General Secretary of the National Missionary Council of Australia, and moved from Melbourne, it was only because the mission boards were mostly here. The National Missionary Council was one of the early ecumenical bodies dating from 1926, and it was when I became General Secretary I realised that the National Missionary Council had been involved in Aboriginal affairs for all that period, and that they now wanted to rethink their policies. And so one of the first jobs I had was to consider policy in relation to Aboriginal affairs. And we had a committee of people that drew up a statement. We re-examined the policy of assimilation, and redefined it with a strong stress on the voluntary nature of assimilation. And, it shouldn't be forced on Aborigines. If they wanted to they could but otherwise, not. And that led on to us dealing with four major issues of land, law, language, and political education. And, subsequently when the National Missionary Council amalgamated with the Australian Council of Churches, I was asked to write a paper on land rights of Australian Aborigines. And that became a policy for the Australian Council of Churches. And because of that work I was invited to take part in FCAATSI, particularly in the 1968 national conference in Canberra. And I was asked to give one of the main addresses which was on land rights and which was published as Turning Land Into Hope. So that was my main involvement. And it continued on in the Australian Council of Churches in terms of various activities and representations to Federal parliament and so on.

Frank spoke of the influence of events in the USA on his thinking about colonised minorities.

Sue: And I know you've spoken about D'Arcy McNickle and the Indian Reorganisation Act and some of the thinking that was going on in the States so that was obviously an influence on your thinking?

Frank: Yes well that was a very definite influence on me because when we started in 1962 or 1963 on these statements, Ian Spalding wasn't involved in the committee - wasn't even in Sydney but I'd known him before we left Melbourne. And visiting Melbourne I had several conversations with him and he drew my attention to McNickle's book and that had a very definite effect on me - this whole business. American, can't think what it's called now, the Act that was passed in the United States which recognised land rights?

Sue: Yeah. Was that the Reorganisation Act?

Frank: The Reorganisation Act, yes, which provided for the acquisition of land - a sum of money for the acquisition of new land. So that these various influences played in - as I say, I owe a debt to Ian Spalding for drawing my attention to that. And in '63 actually I happened to be in the United States and visited Indian reserves near Phoenix. And that, plus meeting American Indians as they were called at that time and seeing some of their schools and so on made a considerable impact on me, and developed my whole thinking in terms of what was possible here. So that we're not just talking in terms of land rights. We're talking in terms of opportunities being provided for economic and educational development.

What struck me more strongly was that there had been in various parts of Australia groups - white groups - like in South Australia the Aborigines Friends' association which were a group of very fine people who were very concerned about Aboriginal affairs but it was entirely white. And one of the significant things about FCAATSI was that it broke that. It certainly began with white people. It also began with black people like Faith and Joe McGinness and so on. So that was a breakthrough that was quite important. And the other thing important about it was that it was a national body whereas these others were just in particular cities. And I think a third thing for FCAATSI was that over the first ten years or so of its existence it brought in a gradually increasing number of Aboriginal and Torres Strait Islander people and exposed them to the mechanics of doing things you know. To get land rights for instance you had to organise. And you had also to speak in public and you had to take part in demonstrations. Now this was all pretty foreign stuff to a number of Aboriginal and Torres Strait Islander people. But I think it is true that gradually that experience - it gave them experience of doing these things, and so enabled them to take leadership in Aboriginal affairs.

... Oh, I think the strength as I indicated a moment ago was that it provided a forum for Aboriginal people to grow in their own understanding of how to act in a political kind of way - using political in a general sort of sense, you know, of agreeing what you wanted to get done, and then discovering how to go about do doing it. So I think that was one of the great strengths. In other words, it didn't keep the power in the hands of white people. That was quite important. It welcomed or sought the inclusion of Aboriginal people in the organisation, and then gradually the handing over of the organisation from the white side to the black side. And I think that's its major strength. Well, [weaknesses] obviously 'cause like most organisations it was lack of funds. I don't know - oh, I gather there was some friction at certain points between people like Bruce McGuinness in Melbourne and people up here. I don't have any detailed knowledge of that. But I was interested that it did draw in quite a lot of people from Queensland and the Torres Strait from early on and continued to do that.

Source: The extracts on this page are from an interview with Frank Engel conducted by Sue Taffe and Leanne Miller on 6 November 1996.