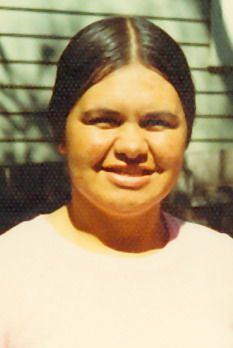 Josie Briggs was from a politically aware and active family. She is Gunnai or her mother's side and Yorta Yorta on her father's. Her father, Ken Briggs, had been a member of the Australian Aborigines' League in the 1940s. With the older generations of Briggs women, such as her great-aunt Geraldine, Josie was involved in the late 1960s in the formation of the Council of Aboriginal Women. From this body the National Council of Aboriginal and Islander Women developed. This was the first national Indigenous women's organisation.

After 1973 when most non-Indigenous executive members left the Federal Council for the Advancement of Aborigines and Torres Strait Islanders (FCAATSI) and the headquarters moved to Townsville, Josie was training as a nurse at Townsville Base Hospital. Over the next few years she played an active organisational role as the hard-working assistant secretary to General Secretary Evelyn Scott. Josie was responsible for the day to day running of the organisation. She worked closely with Joe McGinness and with Evelyn Scott.

More recently Josie was one of the claimants in the Yorta Yorta native title case.