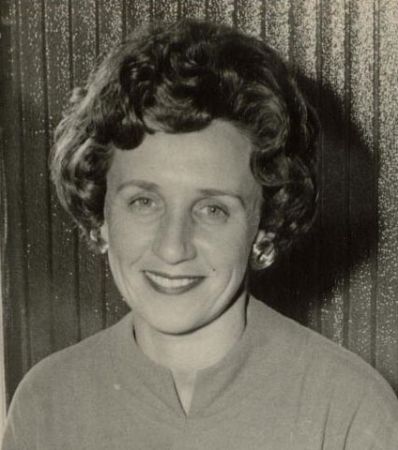 In 1957 Lorna Lippmann met Doug Nicholls at a meeting where he was speaking about the conditions of life for the Warburton Ranges people and showing a film as evidence of their distress. This life-changing experience led Lorna to join the newly formed Aborigines Advancement League (AAL) in Melbourne. She later remarked that she was educated by Doug Nicholls who took her into Aboriginal communities, and especially to Cummeragunja. Lorna Lippmann was active in the League for the next ten years.

In 1964 she became convenor of the Legislative Reform Committee of the Federal Council for the Advancement of Aborigines and Torres Strait Islanders (FCAATSI). In this position she campaigned against discriminatory clauses in state and federal laws and pressed politicians to see that they were amended. She also worked for the 1967 Referendum. In an interview in 1996 Lorna spoke about relations between black and white activists in FCAATSI.

Well there was always a tension between black and white people at the conference itself. The Aboriginal people felt, quite justly, that the non-Aborigines were taking it over and running it - had done from the beginning - and of course resented that. And that cropped up from time to time. And then they brought that regulation that there was to be a meeting of Aboriginal people only, before the actual conference. So they would decide on the issues that they felt were important and wanted to support. That was a step forward. And there were some very fierce arguments about how one was to go about lobbying, and which were the most important things to lobby about. Of course if you were a Queenslander you thought only of Mapoon and you really didn't know what was going on in the rest of the continent because - well how could you know? And similarly with the other states. They all had particular things that they wanted to push.

So the discussions were often quite fiery, although we were all on the one side really. But it didn't seem that way at the time (chuckles). And then I think there was this break away of forming another movement because there were a lot of Aboriginal people who were not satisfied with the way FCAATSI was working because of that. And they brought into being the National Tribal Council, that did have some non-Aborigines on it. But it had an Aboriginal majority. And in FCAATSI itself, I think the numbers of Aborigines grew each year and the number of non-Aborigines probably didn't grow so that the balance was gradually changing, as it should, of course, in the Aboriginal favour.

In 1963 Lorna Lippmann enrolled in Anthropology and Sociology at Monash University and in the following year was invited to join Colin Tatz as his research assistant in the University's new Centre for Research into Aboriginal Affairs. She later became Assistant Director of the Centre and lectured, researched and wrote her first books including Words or Blows: Racial Attitudes in Australia published in 1973. Her other books, such as Generations of Resistance: Mabo and Justice continue to inform readers of these issues. She was a tireless advocate for Aboriginal people's right to self-determination and gave her life to educating to combat racial prejudice and bigotry in the wider community.

Lorna considered the position of Indigenous peoples in many societies. She brought a broad understanding to her work.

Lorna: Well I went to Czechoslovakia - for instance - where there was a sociologist who had been at Monash for some months so I knew her well and her particular study was Gypsies. So she took me around to various Gypsy areas and I talked to people. She interpreted and I made notes. When I came back I think I wrote a paper or gave a lecture on it. So I had some little idea of their situation. I went twice to American Indian areas and the Bureau of Indian Affairs people took me around. And they really were much better off and the relationships were so much better between Indigenous and non-Indigenous people. I also went to New Zealand to Maori areas and at that stage they were much better off than the Aborigines.

Leanne: Because we're looking at the '60s aren't we?

She spoke of the role of the Aborigines' Advancement League in trying to prevent children from being taken away from families.

One of the things in the AAL in Victoria that we were very concerned with for some time was this taking away of children that when a child was brought from the country to hospital in Melbourne, they would then, instead of being returned to their family, they would be spirited away and given over to a non-Aboriginal family, which was absolutely scandalous. And we went fairly often into country areas where Aboriginal communities were and so we knew quite a lot of people and they knew us. And sometimes we'd get a phone call from a parent in the country saying you know, 'I haven't seen my child for six weeks. Is she or he still in hospital? What's happening? Why haven't they sent him or her back?' And we would go into the, I suppose the Department of Aboriginal Affairs office and Phillip Felton was the one we used to confront and - Oh God! (laughs) and we would say, 'What's happened?' and, 'Why hasn't she been returned to her mother?' etcetera, and put on a song and dance and sometimes - I can remember we did have a few successes where we did return children to their families. But I'm thinking back now: that wasn't really the way we should've been acting. I think we should've been trying to get some publicity for it and bring other organisations in, children's organisations. We weren't sufficiently politically minded about that. We were more welfare minded one by one which is not really, of course, satisfactory.

Source: The extracts on this page are from an interview with Lorna Lippmann conducted by Sue Taffe and Leanne Miller on 21 November 1996