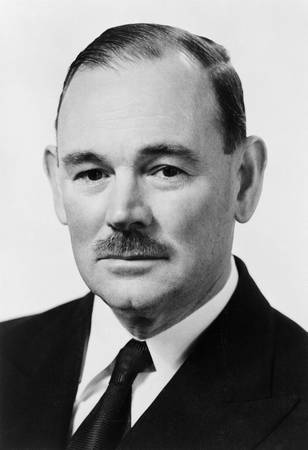 Paul Hasluck entered federal politics in 1949 as the Liberal member for Curtin. Two years later he became the Minister for Territories, a post he would hold for the next 12 years. During this time he developed and implemented the Commonwealth's assimilation policy with regard to Indigenous Australians. As a young man, Paul Hasluck had been an active member of the Western Australian Aboriginal Amelioration Association and, as a journalist for the West Australian, had travelled with Moseley Commission members who were investigating Aboriginal living conditions in the north-west of the state. The son of Salvation Army parents, Paul's concern about Aboriginal Australians was an expression of the social justice milieu in which he was raised. Later, his experience as a member of Australia's delegation working on the development of the United Nations would have intensified an existing awareness of the danger of racist thinking.

As Minister, Hasluck maintained that the way forward was to see the 'Aboriginal problem' in 'social' rather than 'racial' terms. He held that the future for Indigenous Australians 'lay within the mainstream', and spoke of advancement as being provided by two great Australian principles: equality of opportunity and freedom from class rigidities, where 'men should stand on their own worth'. Advancement would take place, according to this philosophy, when individuals provided with opportunity and encouragement made their way in white society and, in the process, left behind what he dismissed as the 'tattered threads of kinship'. He seemed unaware of the strong attachment to family which survived the traumas of displacement and social stress.

In 1961 Paul Hasluck succeeded in getting all mainland states to agree to a common policy of assimilation. He was also responsible for a significant increase in federal funding for Aboriginal educational programs in the Northern Territory during his ministry.