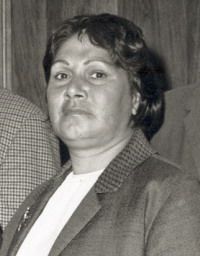 Winnie was born on Port Pearce Reserve on the Yorke Peninsula in South Australia. She grew up in a family which encouraged a strong commitment to working for Aboriginal equality. Both she and her brother, Vince Copley, became activists.

From 1967 to 1971 Winnie Branson was the South Australian state secretary of FCAATSI. She was a part of a delegation of Indigenous representatives who visited Canberra a month before the referendum in order to canvas all MPs, asking for assurances that they would publicly support a YES vote. Winnie was active in the Aborigines' Progress Association in the 1960s. Later, with Gladys Elphick, she helped form the Council of Aboriginal Women of South Australia. John Moriarty remembers her as a hard working, practical and consistent worker for Aboriginal rights.