Petition to the King

Yorta Yorta leader William Cooper, the founder of the Australian Aborigines' League, launches a petition asking for parliamentary representation for Aboriginal Australians. There is no record of it ever being sent.

William Cooper joins forces with William Ferguson and Jack Patten from the Aborigines Progressive Association to plan a day of mourning, describing 26 January 1938 as the '150th anniversary of the whitemen's seizure of our country'. They protest against 'the callous treatment of our people by the whitemen' and called for education, new laws and citizenship status for Aboriginal Australians. 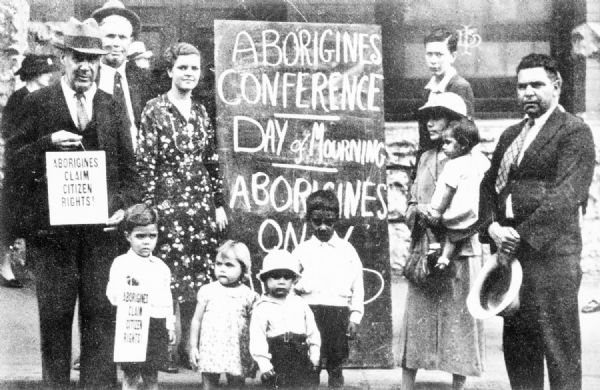 Flyer advertising the Day of Mourning and protest 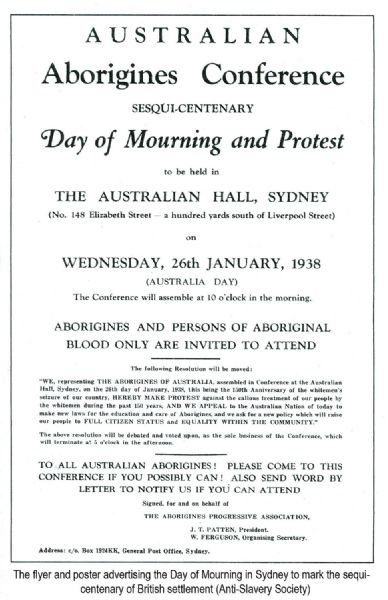 Great Britain declares war on Germany signalling the start of the Second World War for Australia. Hundreds of Aboriginal and Islander men enlist in the Australian armed forces between 1939 and 1945 and serve overseas.