On 19 February the first Japanese air raid on Darwin takes place. Many follow, but this is the biggest. More bombs are dropped on Darwin than on Pearl Harbor in December 1941.

At the San Francisco Conference, on 24 October, the United Nations comes into being with 51 member states.

Aboriginal pastoral workers walk off stations in the Pilbara region. The strike lasts until 1949.

Public meetings are held in protest at the proposed British-Australian rocket range to be established in the central Australian desert.

The United Nations adopts the Universal Declaration of Human Rights.

In South Africa, laws to implement the policy of apartheid are passed, institutionalising racial discrimination.

The Pindan Cooperative movement is formed from the Pindan pastoral strikers. Aboriginal people make a living as miners of alluvial minerals, with the goal of gaining land tenure. Many activists are inspired by the cooperative movement. 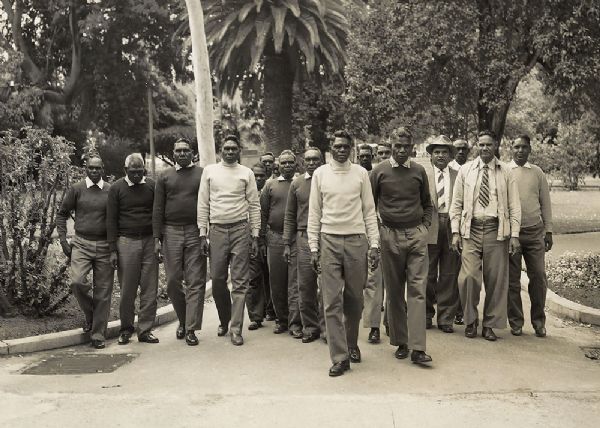 Pindan group, 1958
These men came to Perth as witnesses in an action against Middleton, the Commissioner of Native Welfare, in 1958.
Source: Don McLeod, How the West was Lost, self published, Port Hedland, 1984 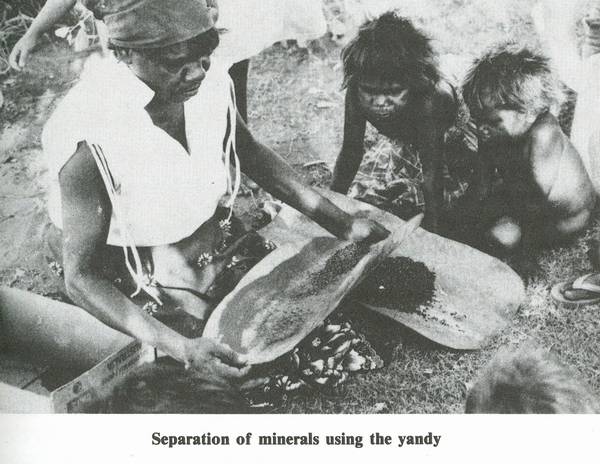