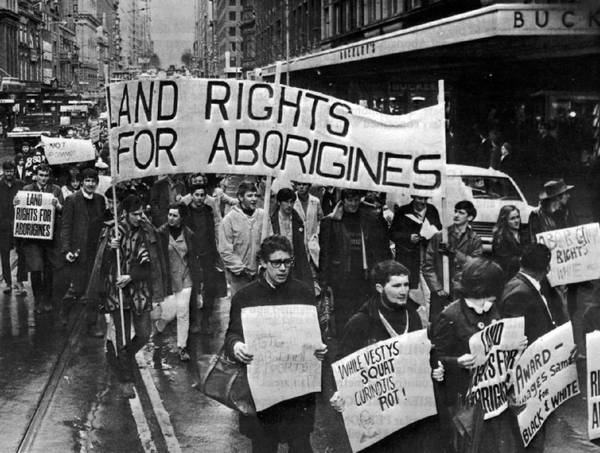 Land rights for Aborigines caught the public imagination, especially within the counter-culture, among students and among city-based Aboriginal activists beginning to flex their political muscles. More unusually, religious leaders critical of church hierarchies which had turned a blind eye to the injustices experienced by Aboriginal Australians, public intellectuals and politicians spoke out for land for Aboriginal people.

It must never be forgotten that, for the most part, Australia was taken from the Aborigines by force without payment or compensation or recognition of their inherent title to the land. [1]

In the same year Kim Beazley (snr) moved in the Commonwealth Parliament that: An Aboriginal title to the land of the Aboriginal reserves should be created in the Northern Territory.

And Joe McGinness, president of the Federal Council for the Advancement of Aborigines and Torres Strait Islanders (FCAATSI) told the 1968 conference that 'You can't have a people without land'.

This unusual coalition was forming at a time when a tired Liberal-Country Party government was failing to read this growing national challenge to the values and power which it represented.