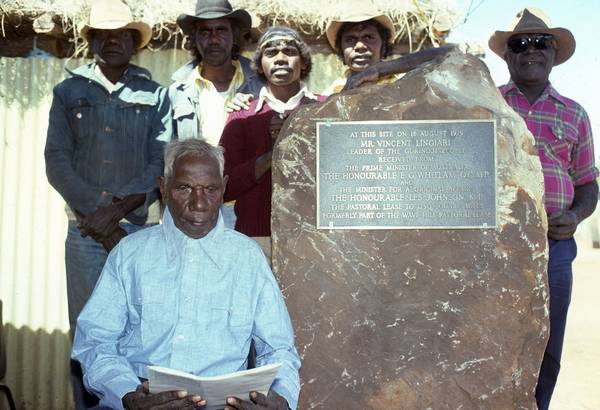 Vincent Lingiari and other Gurindji men
The image is taken at the plaque marking the handover of Wave Hill land, 16 August 1975.
Source: A6135, K9/9/75/7, National Archives of Australia, Canberra

The coming to power of the Whitlam government in 1972, on a platform which promised to legislate for land rights, brought new hope to the Gurindji. The original Wave Hill lease was surrendered and two new leases were issued: one to the Vesteys and one to the Murramulla Gurindji Company. The Gurindji lease of approximately 3300 square kilometres included important sacred sites.

On 16 August 1975, Prime Minister Gough Whitlam came to Daguragu. As he poured a handful of Daguragu soil into Vincent Lingiari's hand, he said:

Vincent Lingiari, I solemnly hand to you these deeds as proof in Australian law that these lands belong to the Gurindji people, and I put into your hands part of the earth as a sign that this land will be the possession of you and your children forever. 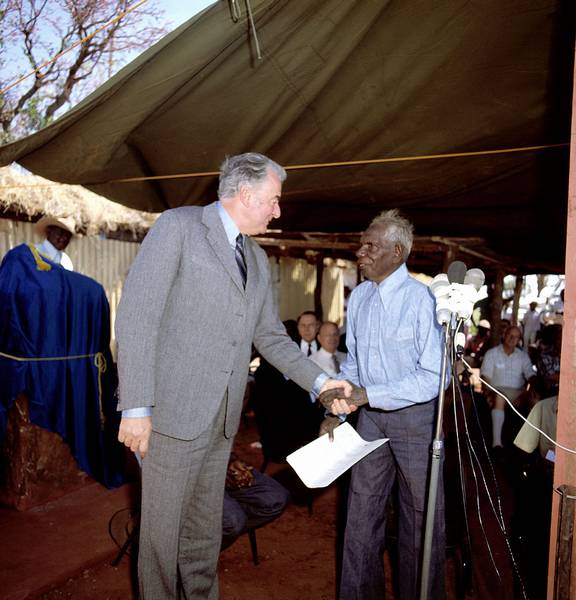