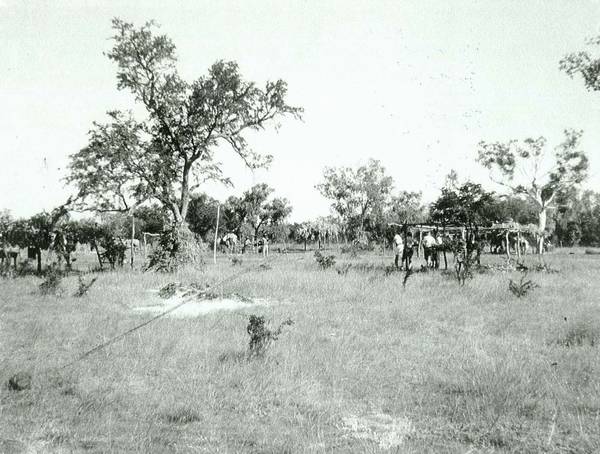 The Federal Council for the Advancement of Aborigines and Torres Strait Islanders (FCAATSI) sent food and blankets by air to the people on strike. Brian Manning of the Northern Territory Council for Aboriginal Rights drove supplies in with Dexter Daniels, a North Australian Workers Union organiser. Brian Manning, in the 2002 Vincent Lingiari Memorial Lecture, recalled these events. 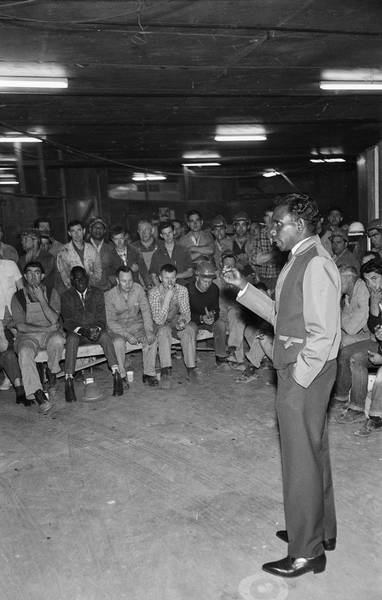 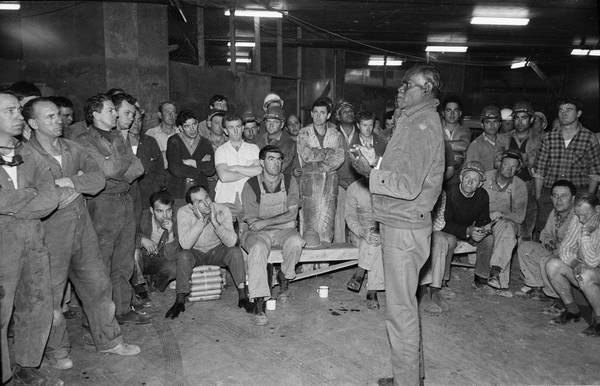 People travelled from Wave Hill to Darwin to demonstrate against a Bill before the Northern Territory Parliament which, if passed, would lead to a loss of Aboriginal reserve land. The North Australian Workers Union and the Waterside Workers Federation collected money to support the Gurindji, and Abschol sent working parties to assist in the building of the community. 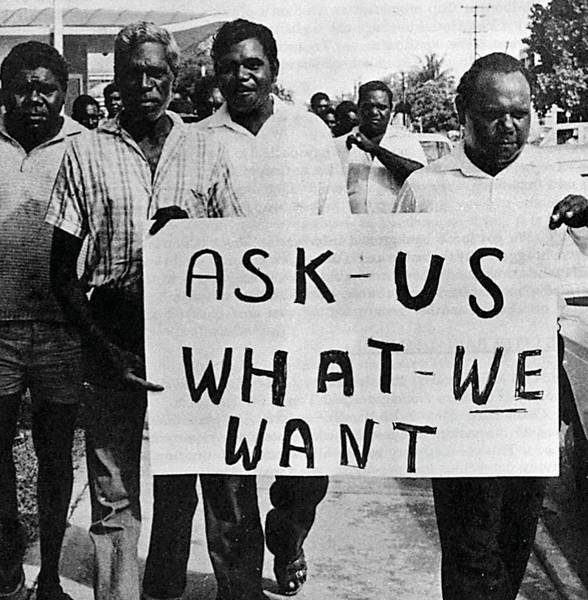 Just as the writing of their name on a sign gave the group credibility in the white man's world, white supporters acknowledging the group as 'Gurindji' gave the community the confidence to reject the demoralising attitude of the pastoralists, who had called them 'boys' and given them names such as Hoppy Mick (Mick Rangiari).

We don't want these land 'rights'

More info on We don't want these land 'rights'

On National Aborigines Day in July 1970, more than 500 people turned up at a meeting in the Teachers Federation Auditorium in Sydney to listen to Frank Hardy, recently returned from Wattie Creek. In an impassioned speech he outlined events at Wattie Creek over the previous four years, finishing with a plea for public support to assist them in maintaining their demands for a right to the land they were occupying. The meeting set up a 'Save the Gurindji' committee which aimed to 'confront Vesteys and the Federal Government in the North at Wattie Creek' and 'to demonstrate, boycott and agitate in major cities in the South'. The purpose of these activities was 'to achieve the aims of the Gurindji to ownership of 500 square miles of Wave Hill land occupying Wattie Creek'. [1] This committee, supported by members of Sydney Abschol, began its campaign with a demonstration outside Vestey offices on 31 July and a boycott of Vestey products on 28 August.

The Gurindji struggle for their land, and the legal case being prepared to assist the Yolngu people of Yirrkala in their efforts to gain title to the Arnhem Land Reserve, became two of the most potent symbols of the land rights movement (see Campaigning for land rights).