The younger generation: cause for celebration?

Will and Marjorie Sharpe, the missionaries at Kurrawang Mission, south-west of Kalgoorlie, recalled the day when Bowee asked if they could care for Beverley Joy and Ron. According to Marjorie Sharpe, Bowee, appearing relieved, told her 'if I have another little one that's alright now'. Bowee was actually pregnant at the time.

In 1954 Queen Elizabeth II visited Boulder, and five-year-old Beverley Joy was chosen to give flowers to her. This occasion was used to show the unqualified value of the policy of assimilation. 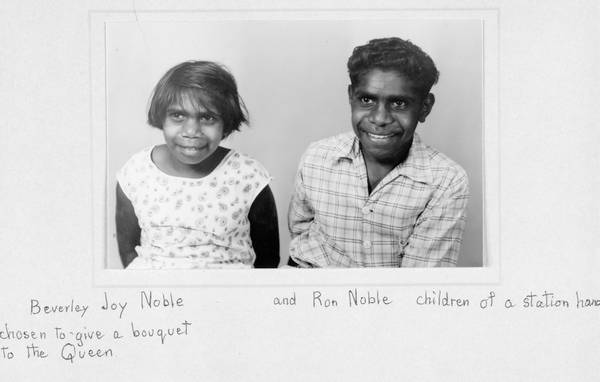 Missions such as Kurrawang were taking in destitute children and washing them, feeding and educating them. They were also giving them new names - Bowee and Tommy's children became Joy and Ron Noble - and a new language, English. Estelle Sharp, the daughter of the Kurrawang missionaries, wrote enthusiastically of the value of mission life for young Ron and Beverley Joy.

'A great day for Beverley Joy', chosen to present flowers to the Queen

More info on 'A great day for Beverley Joy', chosen to present flowers to the Queen 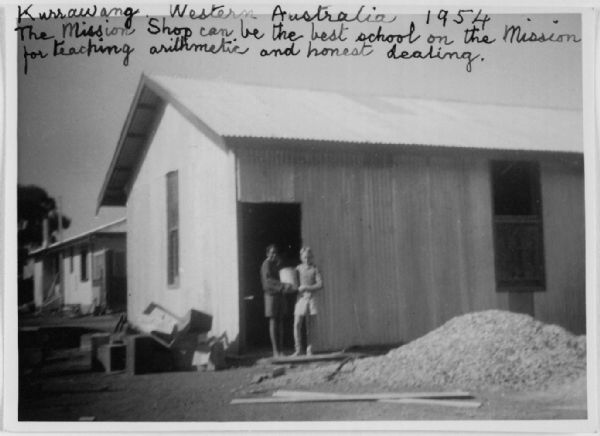 Kurrawang mission shop, 1954
Beverley and Ron, the children of Bowee and Tommy and grandchildren of Lulu Bilson, were brought to Kurrawang because it was so difficult for the parents to care for their children. The parents were not eligible for child endowment or unemployment benefits when they were out of work. The handwriting on the photo is Mary Bennett's.
Source: Box 12/6, Council for Aboriginal Rights (Vic.) Papers, MS12913, State Library of Victoria

To Mary Bennett, who had seen the value of family, especially in a chaotic world, the situation was not so clear:

It does make one wonder what these friendly responsive little mites could achieve if only they were allowed to maintain their kinship and humanity, the sense of touch, the sense of a vigorous community seeking good for all. [1] 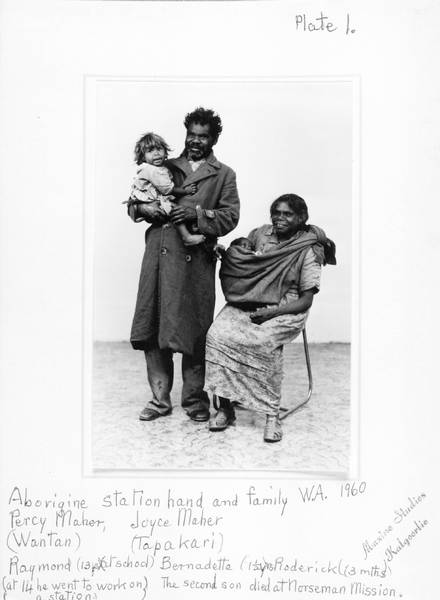