The Lake Tyers campaign received public attention, especially after an article 'Human failure of Lake Tyers experiment' by Stuart Sayers was published in The Age newspaper. Sayers argued that Lake Tyers was a failure and should be closed.

Stan Davey was one of a number of readers who disagreed with him.

Stan Davey to the Editor of The Age

More info on Stan Davey to the Editor of The Age

Some respondents to Sayers' article stressed the right of the people to a fair go: to educational opportunities and the right to manage their own lives. Others referred to a people's right to their own homeland.

Letter to the Editor supports Lake Tyers as a cooperative

Letter to the Editor against proposed takeover of Lake Tyers

A response to the chairman of the Aborigines Welfare Board

Anthropologist Lorna Lippmann wrote: 'These 4000 acres are regarded by the aboriginal people as their last remaining holding in a State which was once entirely theirs, and which was taken from them without any compensation whatever'.

Lorna Lippmann to the Editor of The Age

More info on Lorna Lippmann to the Editor of The Age

Others related the discussion about the future of Lake Tyers to wider concerns. At a United Nations seminar in Canberra in May 1963 Shirley Andrews, representing the London-based Anti-Slavery Society, drew attention to the fact that the police in all Australian states had dictatorial power over Aboriginal people, whose homes could be entered and searched without a warrant. The Age reported this seminar under the headline: 'Aust. Condemned on Treatment of Natives'.

Letters to the editor used Andrews' speech to draw attention to the infringement of human rights suffered by Aboriginal people in all states and the hypocrisy of Australian criticism of racist policy overseas.

Letter to the Editor responds to United Nations speech

A further march of Lake Tyers residents and supporters, another leaflet and petitions to the state government and to the United Nations seemed to offer some hope. In June 1964 Gladys O'Shane travelled from Cairns to offer her support to the Gippsland branch of the Union of Australian Women who were campaigning for Lake Tyers. 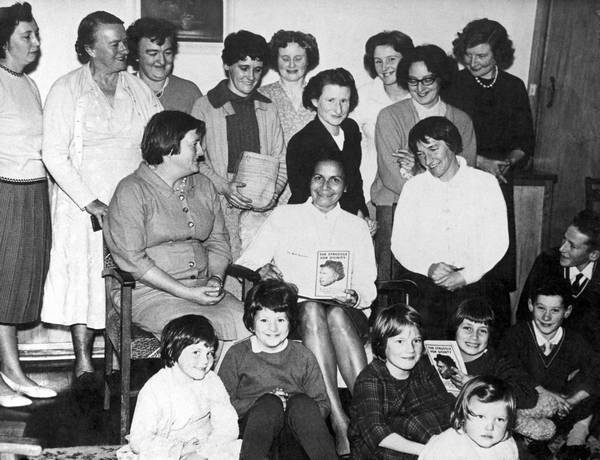 Union of Australian Women
Gladys O'Shane is in the centre holding the booklet Struggle for Dignity, a state by state outline of the position of Aboriginal people, produced by the Council for Aboriginal Rights. Pauline Pickford is on her left, Margaret Oke on her right. The women are all members of the Union of Australian Women, Gippsland branch. Gladys O'Shane was visiting from Cairns, Queensland to assist with the campaign to save Lake Tyers.
Source: Courtesy Terry O'Shane