From ward of the state to Australian citizen

Throughout the 1950s and 1960s, stories were reported in the news of Aboriginal Australians caught up in these laws - people who were refused permission to marry because the person was on the other side of the racial divide, or were prevented from handling their own wages. The most prominent example concerned Albert Namatjira. 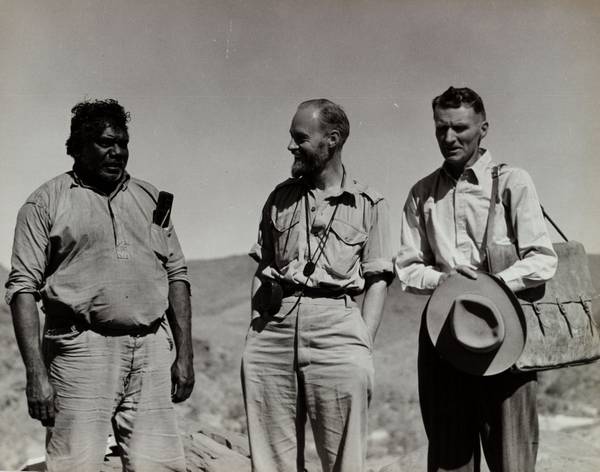 Albert Namatjira with Axel Poignant and Max Battarbee, circa 1947
It was Max Battarbee who introduced Namatjira to watercolour painting.
Source: National Library of Australia

From his first exhibition in 1938, Namatjira's popularity as a landscape painter of his Arrente country grew. His exhibitions sold out as soon as they were opened and, by the 1950s, Namatjira reproductions adorned the walls of many Australian middle-class living rooms. In 1954 Namatjira was presented to Queen Elizabeth, and, three years later, at 55 years of age, with the passage of the Welfare Ordinance, Albert Namatjira became an Australian citizen, although his adult children and other relatives were listed as wards.

Namatjira was feted at cocktail parties in the capital cities, introduced to radio personalities such as Jack Davey and sport stars such as Betty Cuthbert. 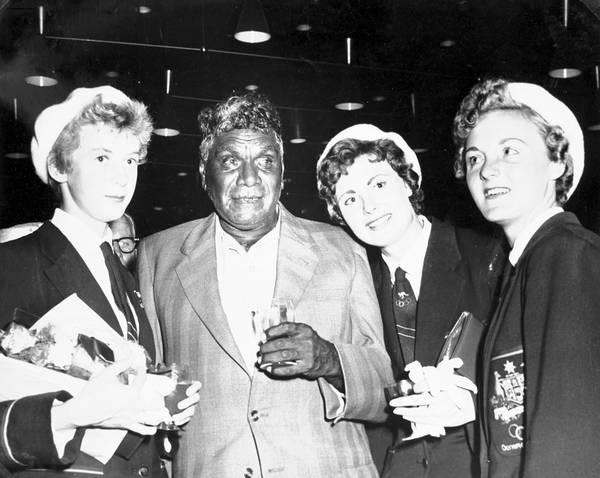 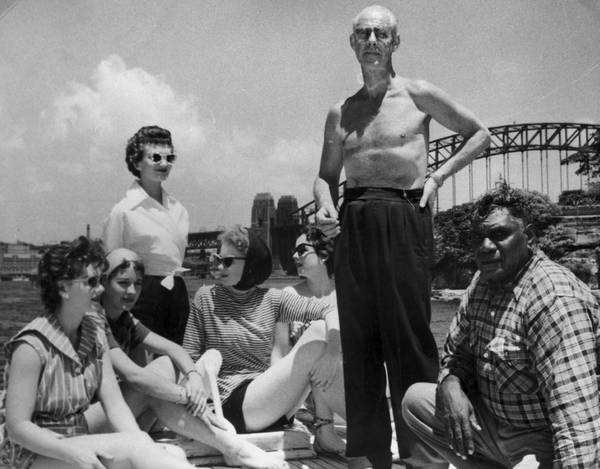 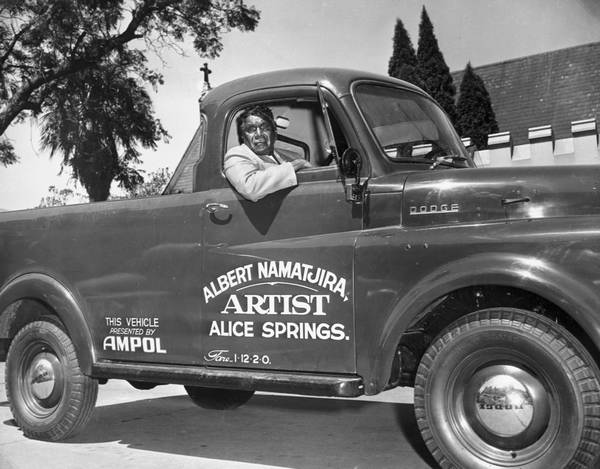 Albert Namatjira in his new truck presented by Ampol, 1956
Namatjira's fame brought him some of the comforts of civilisation. Ironically, it also led to worse health as he gained weight and travelled into the bush in his truck instead of walking as in the past.
Source: National Library of Australia, Canberra

His paintings sold well but he found meaning living in his own country with his own people. He shared his wealth with his kinsfolk. 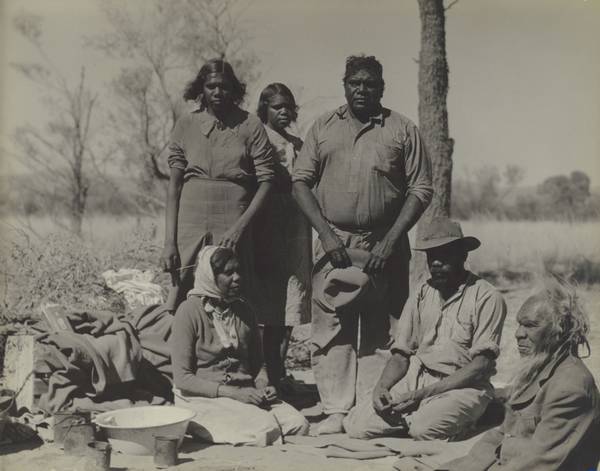 As a citizen he was now allowed to drink alcohol, but his friends and relatives who came under the Welfare Ordinance were not. When a drinking party at Namatjira's camp at Morris Soak led to the death of a young woman, Namatjira appeared at the inquest to give evidence.

Some months after this tragedy, Namatjira was charged with supplying alcohol to a relative, Henoch Raberaba. He was found guilty and the minimum sentence was imposed: imprisonment for six months. Douglas Lockwood remarked: 'in my 20 years experience as a journalist and reporter, I have never witnessed a more deeply moving drama. Albert was a heartbroken old man, bewildered by events, for which, so it was implied, he was to blame'.

This gaol sentence galvanised activists in the southern capitals. A fighting fund was established in Melbourne and MJ Ashkanasy, QC was engaged, along with Zelman Cowen and Ninian Stephen to appeal against the judgement. In addition, this team of lawyers planned to challenge the Welfare Ordinance on behalf of two of Namatjira's adult sons, Keith and Enos, and two others, Claude Emitja and Otto Pareroultja, whose civil liberties - as wards of the state - were constrained by the Ordinance. The appeal against Namatjira's sentence failed, however, and so this further challenge was dropped. 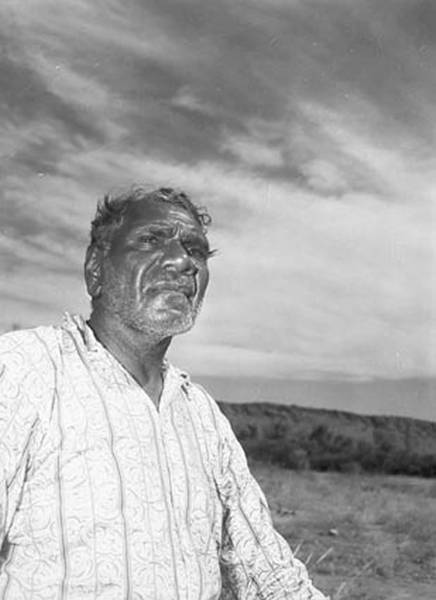 Namatjira served two months of his sentence at the Papunya Native Reserve west of Alice Springs in the Northern Territory. After his release he showed no interest in painting. He seemed to have lost the will to live and died of a heart attack in August 1959.